An Introduction to the Renaissance Flute

By Kate Clark and Amanda Markwick

Playing music together was once what music was all about. In our current times of “social distancing,” we need, perhaps more than ever, the opportunity to come together, even if only in smaller circles. We believe profoundly that making music together for pleasure (including professionally but equally at all other levels) benefits individual health and fulfillment. In this time of limited possibilities for attending concerts, the act of making music together enhances community life through the shared experience of learning and interacting that results in sounding music.

The transverse flute is our instrument of choice, and the renaissance transverse flute has a special draw for both of us. Many people have written to us over the years for advice about renaissance flutes, both instruments and repertoire. We have since co-authored an entire book addressing everything related to the renaissance flute. The Renaissance Flute: A Contemporary Guide was published in August 2020 by Oxford University Press. We are happy to present a short introduction here, in the hopes that you will be inspired to try these beautiful instruments and their gorgeous repertoire for yourself. 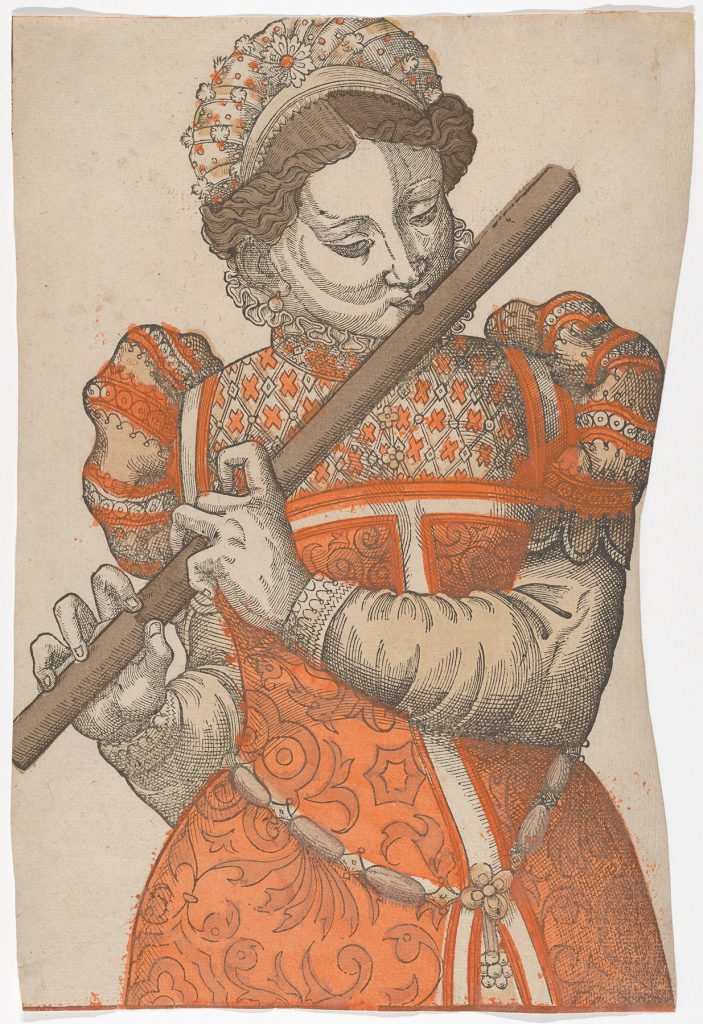 There is an appealing rawness and directness to the sound of the renaissance flute, with wood and air present in the tone. The sound is at times haunting, reminiscent of air blowing through reeds, and at times penetrating, harkening back to the military associations of the flute through the fife-and-drum pairing. The visual simplicity of the instrument belies the extraordinary color palette animated through the skilled player’s airstream. Sounding sometimes like a cornetto, at other times like a human voice, the renaissance flute is as alluring to today’s listeners as it was to those who heard it throughout all major European courts (and also many humbler homes) of the 16th century.

A thin-walled instrument with a cylindrical bore, the renaissance flute is built from one slender piece of wood, with one mouth hole and six finger holes drilled into it. It has no keys on it at all, which limits the tonalities it can play in. Yet the instrument is perfectly suited for renaissance music in all its variety, ranging from simple melodies to highly sophisticated polyphony. For those who love sound, who love poetry, who want to access the beauty of the past and bring it into the present, this is the instrument for you.

The tenor renaissance flute in D is the most versatile, as it is able to cover the soprano, alto, and tenor ranges of nearly any 16th-century piece of music. A bass flute in G completes the flute consort, although adding the bright color of a descant flute in A or in G can really contribute to a jovial character (especially nice in dance music, or light-hearted chansons, for example).

Original 16th-century flutes are at all different pitches, but there is a large group of extant instruments pitched at around 408. All makers copy at original pitch, but most also scale flutes to 415 or 440. While many early music ensembles today prefer to play at 415, others are willing to experiment with pitch. This will of course have an influence on the pitch you choose for your flute. An instrument in 415 is certainly closer to the original pitch of that group of extant flutes pitched around 408, but one other element you might consider is the bass flute. This is a very long instrument, and the stretch between the finger holes is very challenging for many flutists. An instrument at 440 is of course a little bit shorter than one in 415 or 408, and that might be an important factor in your decision.

A flutist’s repertoire will include mostly vocal pieces, but a variety of purely instrumental works became increasingly available during the 16th-century. We encourage you to try any and all musical forms on the renaissance flute. Simple bicinia (duets) can help you learn the characteristics of renaissance modes; florid diminutions expand your imagination and test your technique; Italian madrigals will make your heart ache, while French chansons will make you smile with their charm; and more cerebral, complex three- and four-part instrumental ricercari satisfy those who like structure, order, and mathematics.

When starting the renaissance flute by yourself, Jacob van Eyck’s “Der Fluyten Lust-hof” is a lovely place to begin. The preface to the 1649 edition even shows an engraving of a (descant?) flute in G, indicating that these pieces were not solely the recorder player’s domain. Though Van Eyck’s publications are quite late in the renaissance flute’s repertoire, the simple melodies set in increasingly more complex diminutions are very accessible to a beginner.

Once you are feeling more secure with your renaissance flute fingerings, you might try some of the diminutions in the Trattado de Glosas (1553) by Diego Ortiz. The madrigal and chanson melodies he uses are the most popular tunes from the Renaissance, and you will find many reworkings of these melodies by other composers, the more music you play from that time. 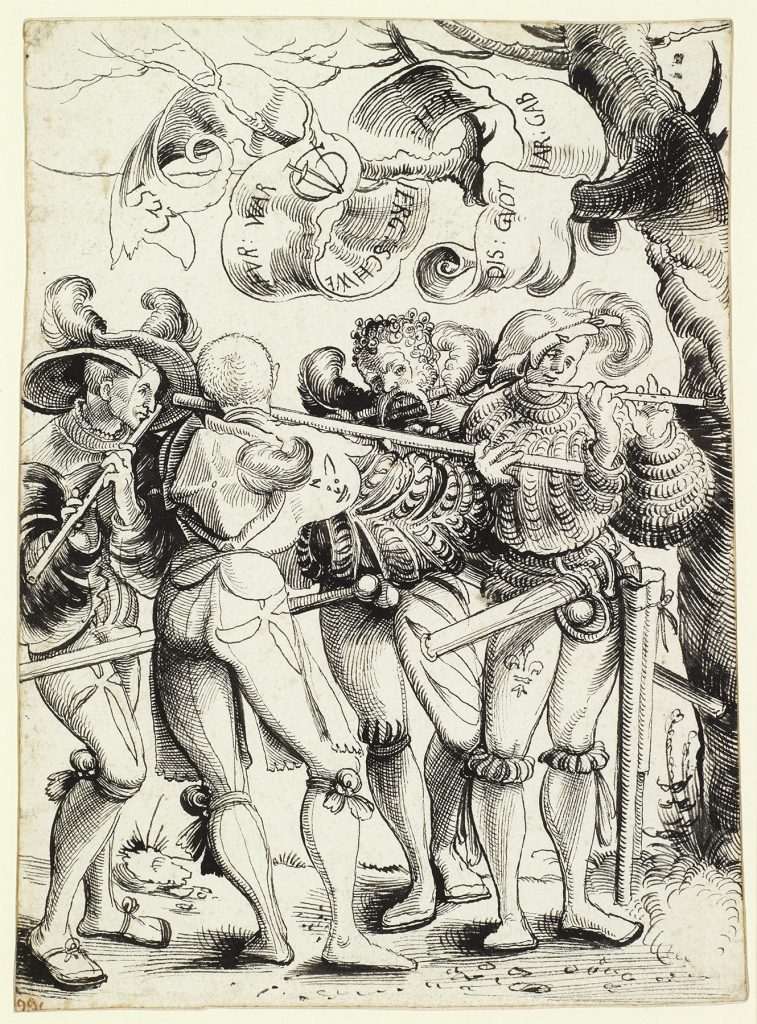 If you are looking for music for a flute consort, you will certainly want to explore the 16th-century publications by Pierre Attaingnant, particularly his Vingt sept chansons musicales a quatre parties (1533), which specifically mentions the transverse flute, noting the pieces suitable for the transverse flute consort with the letter “a” in the table of contents. One of the first sources to mention transverse flutes (“schwegelen”) is Hübscher lieder, a book of four-part songs printed by Arnt von Aich in 1518. Going back a little further in time, there are many pieces by some of the more famous renaissance composers like Josquin, Obrecht, and Isaac, in the three volumes of Harmonice Musices Odhecaton, published by Ottaviano Petrucci in the very first decade of the 16th century. Both simple dance tunes and more complex four-part instrumental fantasies can be found in Musicque de joye, published by Jacque Moderne around 1550. 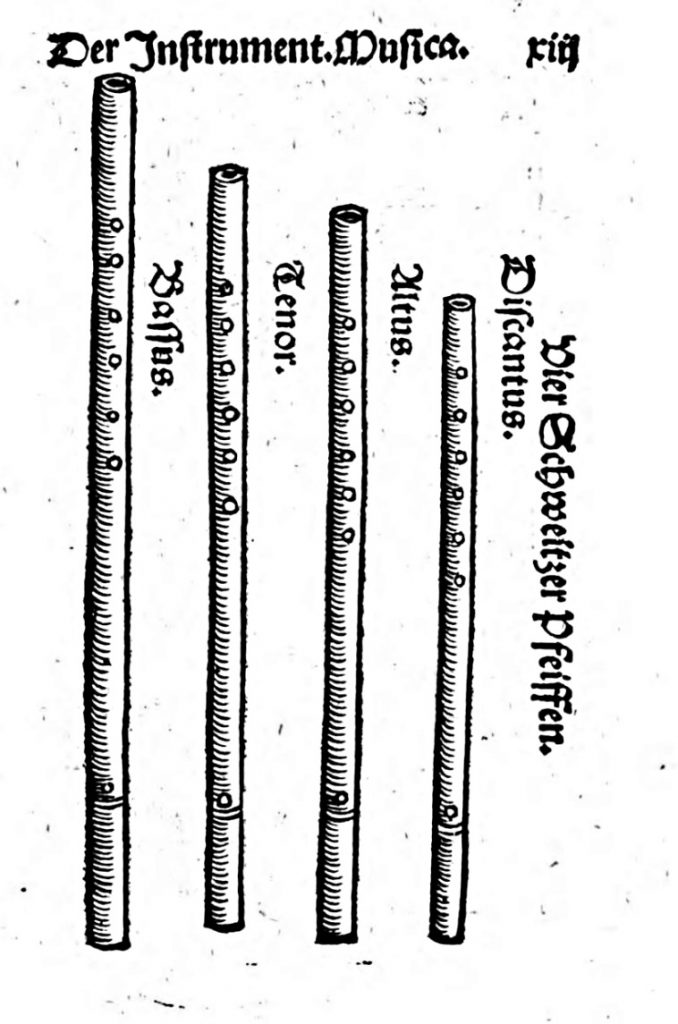 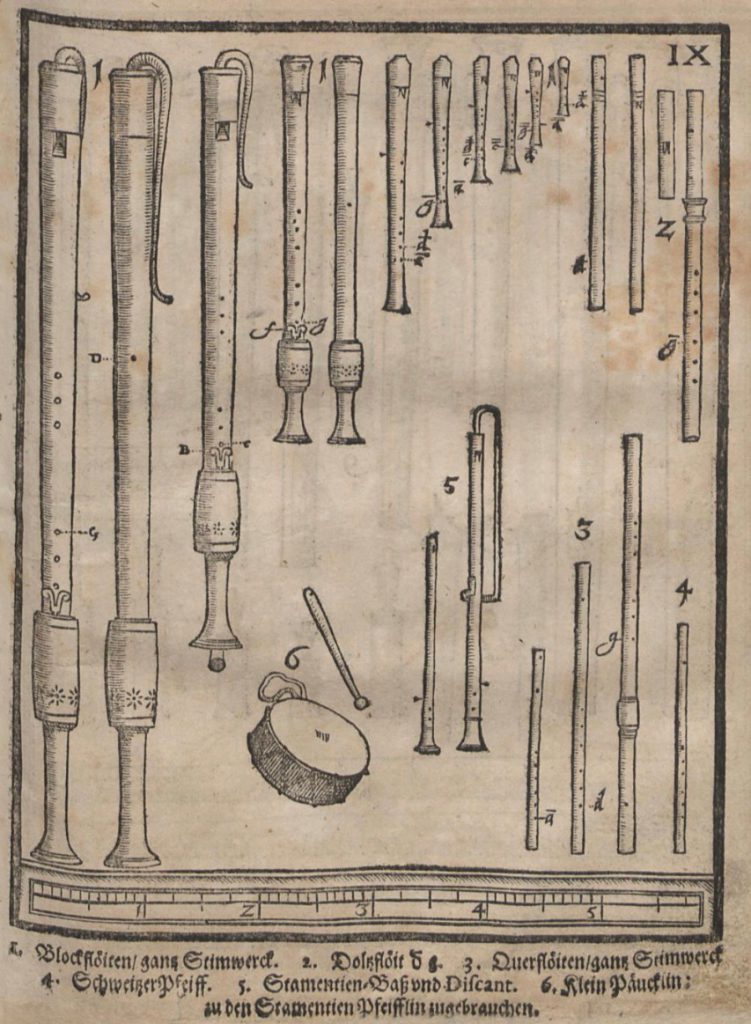 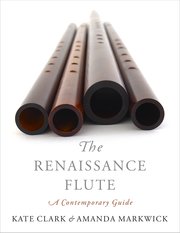 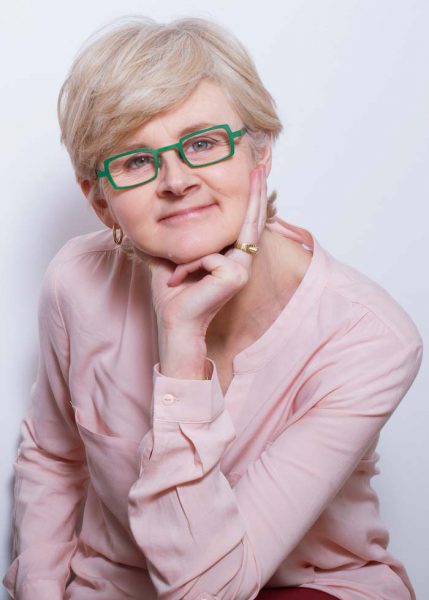 Born 1962 in Sydney, Kate Clark gained her Bachelor of Music on modern and baroque flutes from the University of Sydney in 1985. In the same year, she was a finalist in the Australian National Flute Competition and guest principal flute with the Australian Chamber Orchestra. She left Australia in 1986 to specialize in historical flutes.

Since 1988 Clark has performed and recorded throughout Europe as a soloist, with chamber ensembles – including the Apollo Ensemble and Cantus Cölln (Konrad Junghänl), and orchestras – including The Freiburger Baroque Orchestra and Die Reinische Kantorei, Les Musiciens du Louvre and Le Concert Spirituel, Festspielorchester Göttingen, Budapest festival Orchestra, Capella Krakowiensis. She is the principal flute of The Amsterdam Baroque Orchestra and a guest principal with the Orchestra of the 18th Century. She has returned regularly to Australia as a guest of The Australian Brandenburg Orchestra, The Australian Chamber Orchestra, the Canberra Festival, and the recently launched Australian Romantic and Classical Orchestra.

Clark co-founded the romantic wind ensemble Osmosis, whose debut recording of the nonets for winds and strings by Spohr and Onslow for the Ramee label (2012) won critical acclaim.

Her personal interest in music extends to many different periods and styles, and her non-musical interests include languages, poetry, law and questions of social justice. She has law degrees from the Universities of London and Amsterdam and is a free-lance researcher and report writer for the Nuhanovic Foundation, which studies and promotes the law and practice of the right to reparations for war victims. She lives in Amsterdam with her partner, oboist Ofer Frenkel, and their two sons. 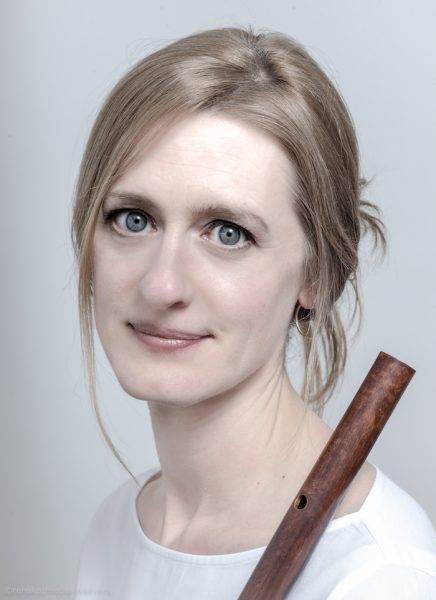 Amanda has performed and recorded with, among others, the Indianapolis Baroque Orchestra; the Bach Orchestra of The Netherlands; the Hong Kong Early Music Society; the Rheinische Kantorei and Das Kleine Konzert (Hermann Max); die Hannoversche Hofkapelle; die Lautten Compagney (Wolfgang Katschner); Cantus Thuringia & Capella (Bernhard Klapprott); Elbipolis; and Cantus Cölln (Konrad Junghänel). She is an active member of several chamber music ensembles. With Barcelona Barroc, she has given chamber music and orchestral concerts in The Netherlands, Spain, and Sweden. She plays music of the 16th century with the Renaissance flute consort The Attaignant Consort. With Ensemble Eloquentia and Trio Delta, she performs chamber music of the Classical period. As a member of Il Sussurro, she explores the quiet and nuanced colors of the early Classical flute in combination with clavichord.

Amanda has also participated in the Bloomington Early Music Festival, in Bloomington, Indiana, the U.S.A.; the International Harp Convention in Prague, the Czech Republic; the Corso Internazionale di Musica Antica in Urbino, Italy; the Casa de Mateus Festival in Vila Real, Portugal; the Festival Internacional de Musica de Cadaques in Cadaques, Spain; the 3rd Festival Internacional de Música Clásica de Ribadeo, Spain; the Early Music Festival in Utrecht, The Netherlands; the Köthener Bachfesttage, in Köthen, Germany; and the Trigonale Festival der Alten Musik, in Austria. She was invited to perform in the prestigious “Solissimo” series at the Magdeburger Telemann Festtage in 2020 (postponed until 2022).

In addition to maintaining her performing agenda, Amanda is regularly invited as a guest lecturer, most recently at the Conservatorium van Amsterdam, The Netherlands; H.I.P.S.T.E.R. Ireland and the Irish World Academy, both in Limerick, Ireland; Renaissance Workshops, Berlin, Germany; the Bauhinia Musik Haus in Hong Kong, and the Kuopio Conservatory in Kuopio, Finland. Her article “Advice for Traverso Beginners” was published by “Fluit” magazine in The Netherlands. With Kate Clark, she co-authored The Renaissance Flute: A Contemporary Guide, the first modern handbook for the Renaissance flute, published by Oxford University Press in 2020.

Amanda’s 12-minute introduction to the renaissance flute (a performance of Bassano’s Ricercata Quinta starts at 8:52)

Bassano, Ricercata Quinta (by itself):

Find Kate and Amanda with the Attaignant Consort at: